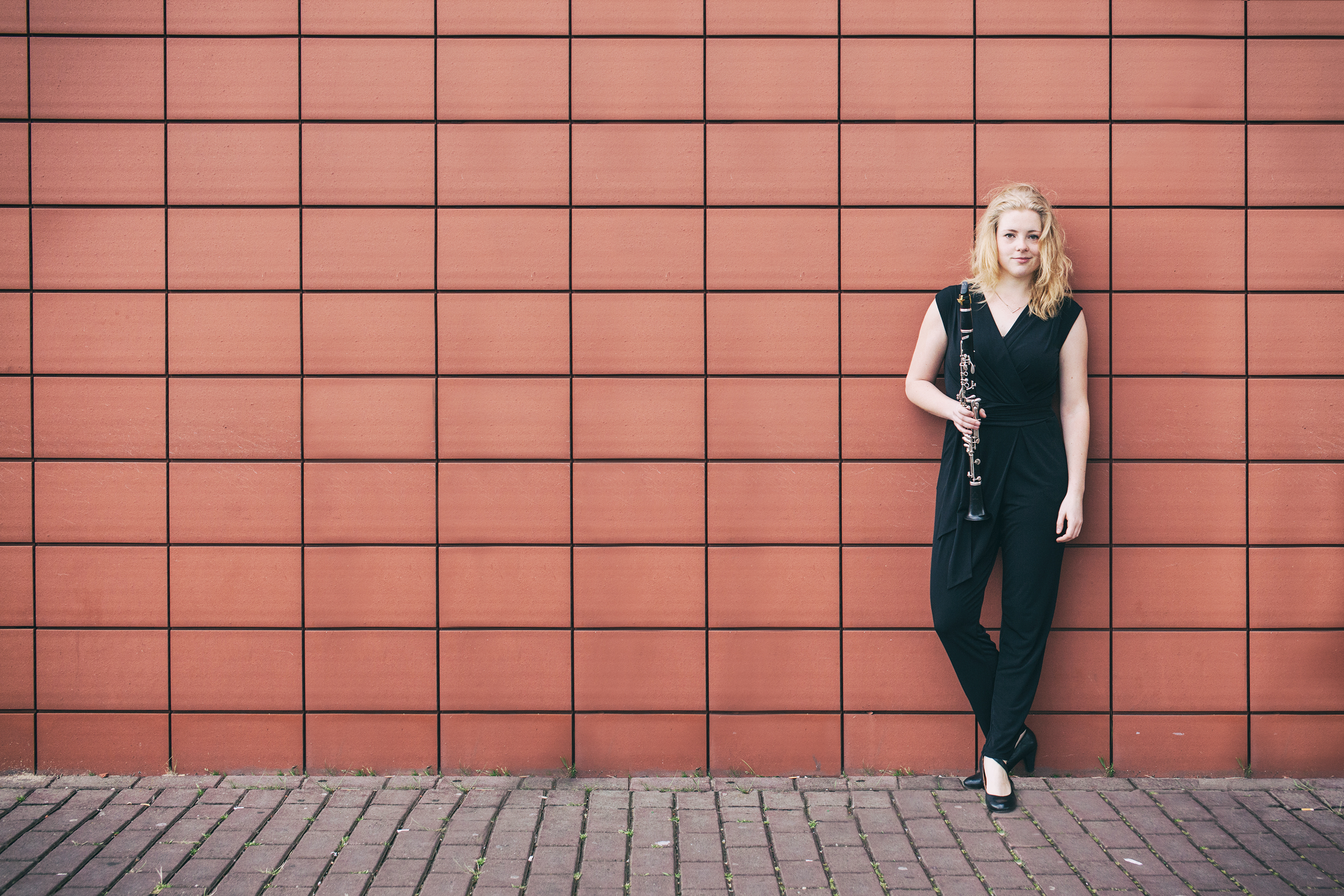 Annemiek de Bruin (1993) received clarinet lessons from Herman Braune and Harmen de Boer. In 2016 she finished her Bachelor at the Hochschule für Musik und Tanz in Cologne with Ralph Manno and in 2018 she completed her Master’s in Amsterdam with distinction having studied with Arno Piters.
She participated in numerous masterclasses led by Walter Boeykens, Martin Fröst, Jörg   Widmann and Charles Neidich and received chamber music lessons from, among others, Janine Jansen, David Kuijken, Håkon Austbø en Arnau Tomas (Casals Quartet).
Annemiek has won prizes at the Prinses Christina Concours and in 2013 was chosen “Classic Young Master” by the CYM Foundation. In March 2015 she was selected to represent Holland during the finals of the Euroconcours Clarinet.
Annemiek performed various concerts as a soloist accompanied by the Brabants Orkest (2011), the Zeeuws Orkest (2012) and TY Kamerorkest (2014) and was invited by the Dutch Consulates of San Francisco, Calgary and Vancouver as well as The Netherland America Foundation to tour the United States and Canada in April 2012. In 2019 she performed Webers Clarinet Quintet with Amsterdam Sinfonietta.
From 2014 – 2016 she was a member of jongNBE (young Netherlands Wind Ensemble) and during the season 2018/2019 she participated in the Academy of the Royal Concertgebouw Orchestra. In the summer of 2019 Annemiek attended the Mahler Academy in Bolzano.
Annemiek has a growing freelance career with orchestras and ensembles around the Netherlands, including  the Royal Concertgebouw Orchestra, Rotterdam Philharmonic Orchestra and the Residentie Orchestra. She worked with conductors such as Herbert Blomstedt, John Eliot Gardiner, Valery Gergiev, Bernard Haitink, Daniel Harding.

In 2012 the Chimaera Trio was founded, consisting of Irene Kok (cello) and Laurens de Man (piano). This ensemble performed during the International Chamber Music Festival Utrecht and the Grachtenfestival Amsterdam. The Chimaera Trio has won prizes at the Storioni Chamber Music Festival Competition and the Tristan Keuris Chamber Music Competition. In 2019 the trio will be part of “AVROTROS Klassiek presenteert!”, which comprises a cd presentation and several media performances.

Annemiek has been awarded several funds and scholarships. In 2019 she received a contribution to buy an e-flat clarinet from Stichting Eigen Muziekinstrument. In the same year she was awarded the Bernard Haitink Fund: a scholarship awarded every year to a former academist of the Royal Concertgebouw Orchestra to financially support her developing musical career. Also Muziekfonds Stringendo contributes financially to her development.